In the nesting process, the steel plate can be used to the maximum extent only if the common edge cutting is realized reasonably. At the same time, to reduce the deformation of the steel plate, it is necessary to leave a suitable distance between the part contour and the edge of the steel plate, group colleges, and leave breakpoints.

The thickness and plate margin

(1) Grouping common boundary
The practice has proved that grouping and co-edge nesting with 3500mm as the dividing line has the best effect. When the number of parts is large, every 3500 mm position along the length of the steel plate is used as the dividing line. After leaving the partition wall, continue to the next set of co-edge nesting. In the actual cutting operation, when the steel plate is found to be displaced due to deformation, the cutting should be stopped immediately, and the steel plate placement and the starting point should be re-calibrated (see Figure 1).

(2) Exceeding the common boundary of the group
When the size of the part exceeds 3500 mm, the length of the part shall be used as the boundary for grouping and co-edge division (see Figure 2). (1) When the thickness of the thin plate and the medium-thick plate is less than 90 mm, when there are parts with a length greater than 2000 mm along the width of the plate that needs to be co-cut, and the common side is placed beyond the width of the plate by two points For parts located at more than half the width of the board, two breakpoints of 30 mm length should be left on each long side. The method of leaving breakpoints in the length direction of the extended steel plate is the same as this principle (see Figure 3).

(2) Leave breakpoints for thick plates
When the thickness of the plate is greater than 90 mm, the area where the breakpoints are retained is the same as described above. In actual operation, the specific location and number of the breakpoints should be determined according to the complexity of the overall placement of the parts in the steel plate. Follow up and observe the process of the CNC machine cutting the part, to modify the improper parts in time.

In the nesting process, all rectangular parts generally adopt co-edge cutting (not including grouping co-edge or parts are too small). All co-edge cutting parts should be aligned to the lower-left corner.

Small parts are grouped together

According to practical experience, the length and width are less than 500 mm and other parts that are too short and too narrow should not be co-edged. For example: when there are mostly large parts along the width of the steel plate and only one row is small parts, to ensure the dimensional accuracy of the parts, grouping, and co-edge should be carried out (see Figure 5).
The parts marked in the figure are horizontally co-edged, but not co-edged with the lower part, and should be cut before the large part below. 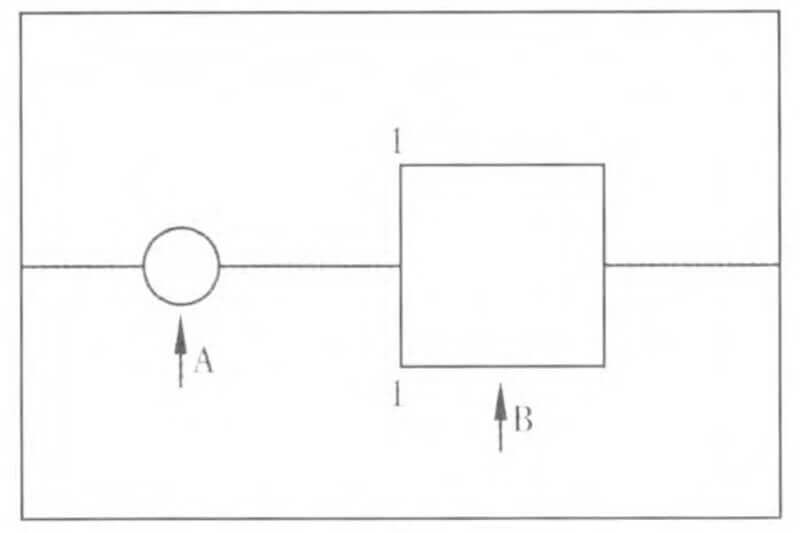 (2) Common edge principle of chamfered parts
For rectangular parts with small rounded corners or rounded corners with a small radius (see Figure 8), all co-edges will form a smaller inner contour (see Figure 8 in area A), so four short lengths cannot be allowed The sides are shared at the same time. Instead, it should take the long-side first, and the two sides are shared (see area B in Figure 8). In the process of cutting parts, under the condition of ensuring the quality of the parts, the cutting trajectory can be changed to save materials, man-hours, energy, and other purposes. This article introduces the following four typical processes for changing the trajectory (see Figure 9).

(1) S type common edge cutting
S-type edge cutting is to pierce and introduce from the starting point and cut two parts at a time. The cutting path is A1→A2→A3→A4→A1→A6→A5→A4. The flame travels in a similar s shape (see the edge cutting trajectory in area 9A).
(2) Ladder-type edge
When the parts are squares of the same size, they should all share the same side and adopt a stepped cutting track to save the time of piercing and the cutting path. The cutting track is: track 1 is B1→B2→B3→B4→B5; track 2 is B3→B6→B7→B4→B8→B9; track 3 is B6→B10→B11→B7→B12→B8→B13→B1. And so on, until the last stepped edge part is cut. The flame travel trajectory is similar to a continuous step (see Figure 9 B area stepped common cutting trajectory).
(3) Trapezoid edge principle
When the parts are trapezoids of the same size or similar to trapezoids, every two parts should be co-edged, and after interspersed placement, make every two adjacent parts become S-shaped co-ed, to save the occupied steel plate area. Reduce perforation time and cutting path. The cutting track is: Track 1 is C1→C2→C3→C4→C5→C6→C7→C1→C8→C9→C10→C11→C12→C7. In the same way, trajectory 2 starts from C13 to do S-shaped edge cutting. (See Fig. 9 C area ladder-type common edge cutting track). (4) Track connection
Connect the adjacent tracks without affecting the cutting of parts, so that the cutting of several adjacent parts can be done at one go. This method can greatly reduce perforation, save time and energy, and improve efficiency. After connecting the adjacent tracks in areas A and C in Fig. 9, 124 parts can be completed with only 29 cutting tracks (see Fig. 10 and Fig. 11). Parts that need to be flame-cut are sometimes very complicated in shape, sometimes the number of parts is extremely large, and the above nesting rules obtained to save time, labor, and cost are only a summary of practical experience. In actual production, We will continue to encounter more new problems. Only through unremitting efforts and earnest accumulation, nesting personnel can continuously summarize better methods.